The NFDA took place in beautiful Boston this year. It was a busy busy convention for me, a lot of media interest in learning about Ireland. The reason behind the sudden interest was more than likely due to the fact that I presented a workshop at the convention titled “Ireland is green and growing” covering the various components that makeup a typical Irish funeral, some old Irish myths and stories and some new Irish technology news. 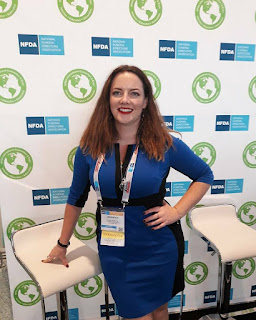 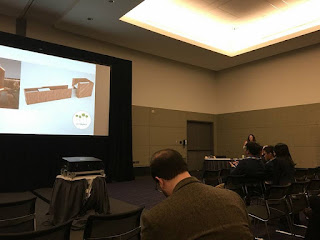 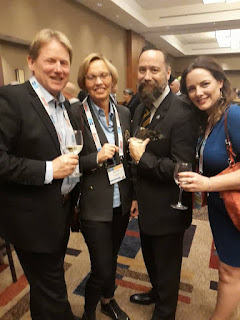 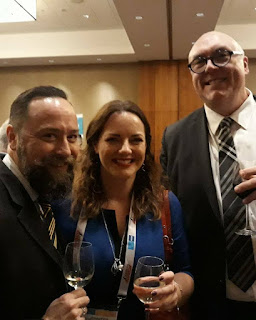 Considering my workshop took place at 8am the morning AFTER Halloween night, I was pretty impressed with the attendance. Videos of short interviews with a rural Irish funeral director, a Dublin city one, and a fascinating Irish funeral ‘goer’ all featured and together we helped each other to add a touch of Irishness to funeral planning in America. Small additions can make a big difference to the Irish American community.

The Irish groundbreaking technology innovation of ecoLation was discussed and a great deal of questions asked after the workshop was complete. Massive interest in this technology from Americans and the Asian markets.

But my workshop aside, the convention itself was different this year, no one could quite put their finger on why, it could have been the convention center itself – it seemed bigger, bolder and more roomier than usual. The floor was littered with memorial jewellery. It seemed everyone and their mother was offering a variety of memorials jewellery and a lot of it looked the same sadly, with quality lacking in the majority.

I met with the guys from Memorial Reef who create artificial reefs with the cremated remains of a loved one in areas most affected by the global climate crisis. The remains are placed inside a compact urn which is placed inside a special reef ball and secured. This ball is then anchored into the ocean and secured to the ocean floor where ocean life can begin to form. They have locations in Bermuda, Cancun, Baja, Golet, Fiji, Tonga, Papua New Guinea and the Cook Islands. Prices start at 6000 dollars.

I met Colonel Saunders of KFC fame at the AIM Holographics booth (it was fancy dress day at the show!) where he spoke to me about his 3D hologram video technology. I got excited as I thought it was the type of hologram that has in previous years brought Tupac and Michael Jackson to life on stage but for me, this seemed like a very expensive but great looking video experience.

The SecuriGene DNA presentation was very cool - they preserve the DNA of loved ones in their DNA bank. A great option for families wishing to preserve the genetic legacy of their family for future testing which could be important to identify hereditary diseases and who knows what developments the future will produce so holding onto this information is very important.

Other booths that caught my attention included the Icons in Ash booth, where a mosaic is made out of the ashes of the deceased. Approx 6 teaspoons of ashes are used to create the artworks. Another ‘dirty’ booth had an Irish theme – Handfuls of Home creators Aifric and Dominika brought Ireland to the NFDA quite literally! Attendees were able to feel and massage the green, green grasses of home - well maybe not the grass but the soil beneath that grass. They sell pots of Irish soil to the funeral industry. A great idea for the funeral director working with Irish communities. 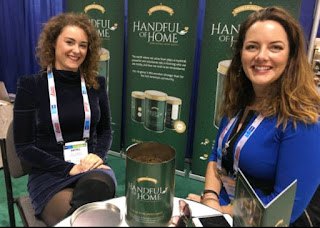 Lastly, I came across a very impressive booth called Life Celebrations that was a mini mock-up of a very comfortable funeral home. It was warm and inviting with gorgeous images adorning the walls via projectors. There were beautiful corners of personalised memorabilia honoring the deceased. I was very impressed with this level of personalisation until I heard the join up fee of 18,500 dollars! That was before you bought a projector or a personalised bookmark! A bit of an exclusive club if you ask me, I didn’t see much give back from such a high subscription fee.  Also while their show booth was impressive, their marketing collateral was poor and lacked visible descriptions.

In summary, once again the Irish did well and made themselves known, and memorialising or personalising seems to be key in the industry for 2018. 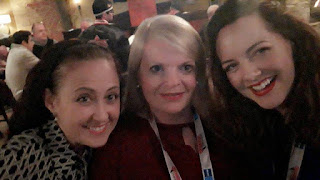 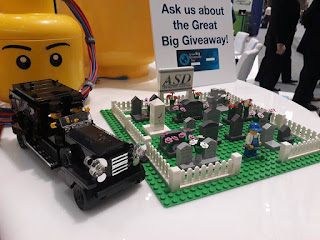