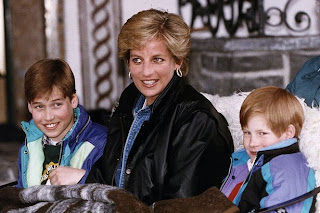 Princess Diana, 1961 - 1997
“She is a part of our history, an incredible woman and fascinating but a tragic ending,” Naomi Watts who will be portraying the Princess in an upcoming biopic film - "Caught in Flight", which is directed by Oliver Hirschbiegel, and due in cinemas in February 2013.

Today is Diana's 15th anniversary of her death and while her short life came to an abrupt end with a drunken driver, no seat belt and a paparazzi chase, her name is still remembered fondly worldwide as England's Rose and her legacy lives on.

There are some pieces of the funeral service that are often forgotten or maybe not as widely known. Her brother for example wrote his sister's eulogy himself and it was not shown to the royal family in advance of his public reading of it. He spoke from the heart, paid tribute to his sister but also put a slight dent in the Royal family's armor. He promised to protect the two princes, William and Harry, from the cold duty of the Palace so that they, like their mother would be able to live a life of their own. Then for the first time since 1065 in Westminster Abbey, applause erupted and was followed into Hyde Park where thousands celebrated.

By publicly holding the hand of someone with the Aids virus in the 80's, Diana did more to remove the distance and coldness that permeated from the Royal family than anyone had before or has since.

It was Diana who insisted the boys had a life outside the Palace walls and the impact on William today is clear as he stands with his wife Kate whom he clearly married for love. But determined to do his duty, he seems to follow in his mother's footsteps and will not expense of his private life or the love of his life to the role.

Even Prince Harry with his latest Las Vegas adventures showcase a young man who although a Prince, is a young man enjoying life and after being photographed topless in Spain, I'm sure the Princess could relate with him on intrusive media!

And this is where Diana's legacy still stands. No statue has been erected in her honor but her charity work, her efforts to humanize the royal family and most importantly her sons will survive longer and do more to warm hearts than any cold hardened statue ever could. 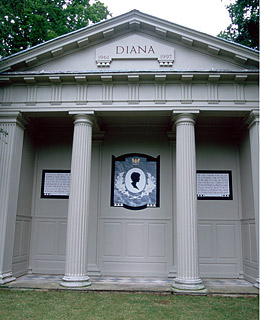