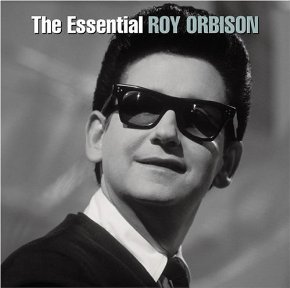 Roy Orbison's greatest success came with Monument Records between 1960 and 1964, when 22 of his songs were placed on the Billboard Top 40 - "Only the Lonely", "Crying", and "Oh, Pretty Woman" proved to be his biggest hit yet.

Personally, Roy's life was marred at first in 1964 with divorce from his wife Claudette over infidelities (hers) and although they remarried the following year, in 1966 while riding their much loved motorcycles home from Tennessee, she was fatally struck by a truck. Then while touring in England on September 16, 1968, he received the news that his home in Tennessee, had burned down and his two eldest sons had died.

He wrote music for the not-so-successful film 'The Fastest Guitar Alive', in which he also starred as a spy who stole and had to protect gold to the Confederate Army during the U.S. Civil War. His character was outfitted with a guitar that turned into a rifle which allowed him to deliver the line "I could kill you with this and play your funeral march at the same time".

On December 6, 1988, he spent the day flying model airplanes with his sons (to his second wife Barbara) but then after having dinner at his mother's home in Tennessee, he died of a heart attack at the age of 52.